Balancing growth and profitability. Moving forward under your own steam.

“Finding great ideas is easy, great execution is not.”

Ever tried, ever failed. The value of making mistakes.

When I started out at Netigate we strongly believed that there must be a secret shortcut to ramping up sales and smashing targets.

We went down every fast track imaginable;

Trial and error. Try again, fail again, fail better. None of our early approaches brought in any customers but we learned eagerly, the value of making mistakes. We knew we would have to forget about shortcuts and cut our own path on the long road to success.

Fuelled by this tough early education, we decided our sales organization would have to be powered internally. After some weeks (and a few more hiccups!) we managed to get the first customer in. We had learned our first important lesson, that owning our own sales process would be absolutely essential for our growth.

Nowadays, when a potential partner approaches, even if they are promising us a fast-track to the stars, we always keep that core idea in mind.
We are very happy to have a profitable potential partner cross our path, but we never want to see anything as a shortcut. The path to growth that we envision is long but fruitful, and of course any low hanging fruit picked along the way is a welcome bonus!

Of course plenty of partner managers around the world might cringe at the concept. Partnerships have worked wonders for lots of businesses, it just wasn’t working for us. Rather than hoping (or worse: counting) on something dropping into our laps through a partner, we know we have to stay grinding.

Try for free Try out all features by yourself for 14 days, ends automatically

Insisting on a standardized platform. What we actually did right!

“If we add on feature X our sales will go through the roof”
You have a potential client on the line and you know the small pull they need to get on board is that they want a special development to be added on. They’re willing to pay handsomely for it too. When you are starting out it’s the most tempting thing in the world to just say yes. After a while you may have amassed a client roster, but now face huge roadblocks trying to scale up. Then we can talk about technical debt, having 150 versions of the product to troubleshoot and maintain.

It wasn’t easy. It’s hardly a surprise we lost a lot of deals saying no. I won’t say it was easy turning down money that could have secured us in the short term. We were often told to add X or integrate Y, but we felt compelled to stay focused on our own vision. That is, providing and working on one standardized platform for our clients.

If a sales rep tells you they need a certain extra every time they’re making a sale, they are either a bad rep or focusing on the wrong decision maker. There’s no point talking about what you don’t have, spend the time selling what you do.

When we get a request from a client for development — no matter what’s being offered — 9 times out of 10 we turn it down (the lucky 1 being when we see value for the customer base at large).

We decided to enter the DACH (German, Austrian, Swiss) market after some successful years in the Swedish one. Plenty were on hand to give their advice once more;

“Keep in mind that the German market is very special. You won’t be able to do things the way you have in Sweden”

“Selling a SaaS-solution online via web demos won’t work at all in Germany. Field sales is the only way to go and that requires real pro sales reps. They’ll want a company car and professional business cards before they’ll even pick up the phone”.

“The culture in Germany is very different, you should find a partner or a reseller who knows the market properly. You have to be hitting all the trade fairs because that’s how business gets done in Germany”. Perhaps we were naive or stupid, or both, but we decided to stay doing things our own way. We wanted to stick to the model we had developed in Sweden, and see if it was applicable in other markets as well.

A lot of what we had been told was correct and we went through another rough period during our first few months in DACH. The sales team we brought in didn’t pick up the phone as they weren’t getting a company car or business cards.

But we still believed that the Swedish model would work here too. We focused on getting in the right personnel instead. About half a year later, the deals started to come in. Without a single trade fair visited or business card printed.

Today we have more than 500 customers on the DACH market. Maybe we could have been at the 1k mark right now if we had listened to the experts, or maybe we might never have survived at all. However, the fact that we did things our own way while challenging behemoths in their own backyard, remains a matter of pride and a big motivational driver for our employees.

After DACH we started to look west for a new market. One would think the US or UK but instead we found a hidden gem on the other side of our border: Norway.

Again we had input from all sides:

“Norway is expensive, and one well-backed company owns the market. Don’t even try to enter.”
“People in Norway stop working at 2 pm on Fridays. It’ll be too hard to implement your company culture.”The experts had good reasons for their pessimism. A giant owned 90–95% of the market, the culture was different, and business was different. We got off to a slow start, and it was looking for a while like we would have to give the experts their due and call the venture a mistake.

We stuck at our task however and believed in the strength of our model. Eventually we have managed to get things moving in the direction we want. We still have a lot more to do but today we have more than 250 customers and have doubled sales on the year before.

1. Stick to your ideas and be proud of what you have built up. Don´t change everything because outsiders tell you to. Even if you do fail, own your mistakes, you failed in doing something you believed in. It’s ok, you’ll get it right in time through the lessons you learn.

2. Make sure you execute on your ideas. If you focus on work instead of workshops you will be able to try more ideas, understand what to tweak and sooner or later it will pay off.

3. If you have sales reps that “need” more features to sell, quote Petter Stordalen: “You can only sell the strawberries you have”.

4. Last but not least, don’t be in it just for the money. Do it because you want to achieve something, build something, and help your customers to become better companies. For me it is crystal clear, I want to look back when I am old and be able to tell stories to my kids, friends and neighbours. I want to know I achieved the goals I had set myself.

For 10 years we’ve been seeing double digit growth, while remaining profitable from day one, without venture capital. It’s something the whole organization is, rightly, very proud of.

We started off more or less from scratch and believed in our way of doing things whatever adversity we faced. We’ve managed to do a lot of cool things for a huge spectrum of customers and employees, while having a fantastic time doing it. With consistent application and a focus on execution we hope it’s only the beginning of many good times to come.

Dear Netigate user, In September 2015 we launched our new Insight platform and on the… 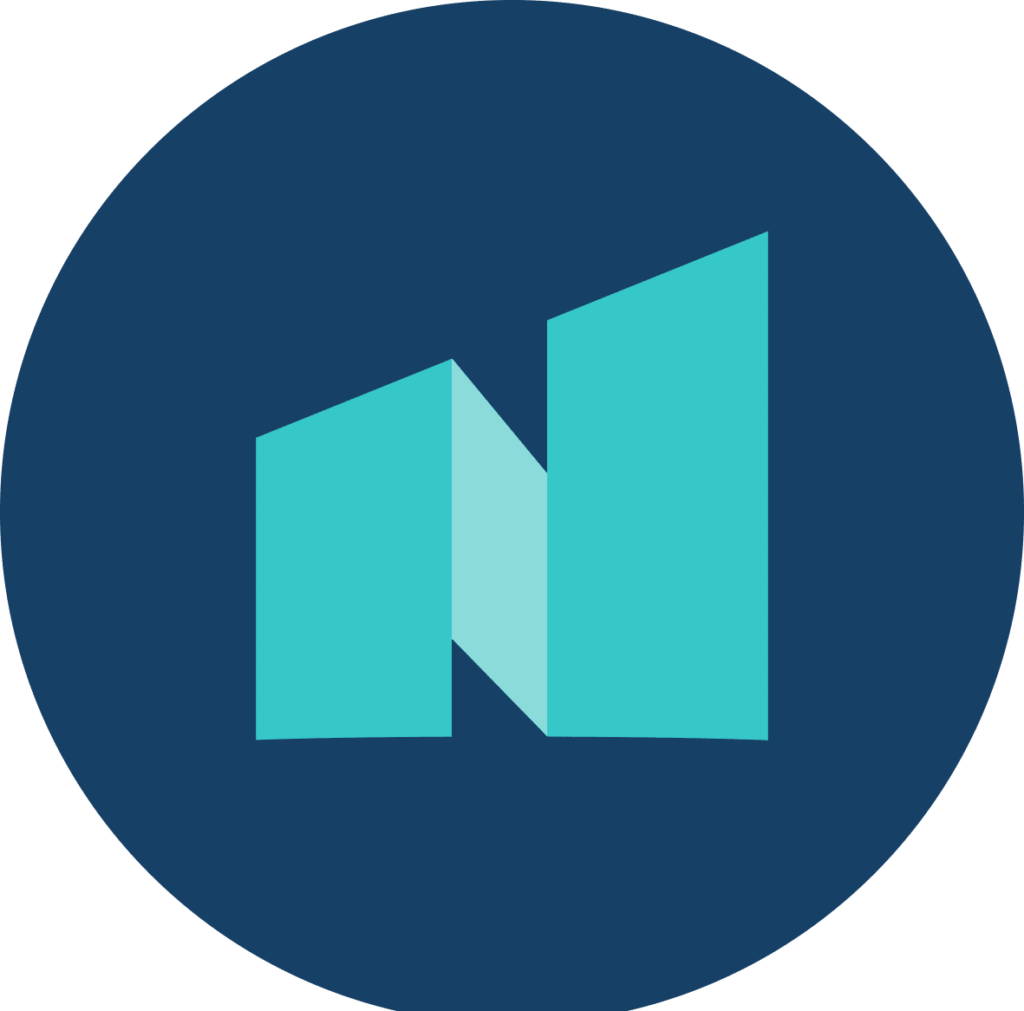 A basic overview of how to use Netigates insight platform to analyze the result of your surveys.

We use cookies on our website to give you the most relevant experience by remembering your preferences and repeat visits. By clicking “Accept All”, you consent to the use of ALL the cookies. However, you may visit "Cookie Settings" to provide a controlled consent.
Cookie SettingsReject AllAccept All
Manage consent

This website uses cookies to improve your experience while you navigate through the website. Out of these, the cookies that are categorized as necessary are stored on your browser as they are essential for the working of basic functionalities of the website. We also use third-party cookies that help us analyze and understand how you use this website. These cookies will be stored in your browser only with your consent. You also have the option to opt-out of these cookies. But opting out of some of these cookies may affect your browsing experience.
Necessary Always Enabled
Necessary cookies are absolutely essential for the website to function properly. These cookies ensure basic functionalities and security features of the website, anonymously.
Functional
Functional cookies help to perform certain functionalities like sharing the content of the website on social media platforms, collect feedbacks, and other third-party features.
Analytics
Analytical cookies are used to understand how visitors interact with the website. These cookies help provide information on metrics the number of visitors, bounce rate, traffic source, etc.
Marketing
Marketing cookies are used to provide visitors with relevant ads and marketing campaigns. These cookies track visitors across websites and collect information to provide customized ads.
SAVE & ACCEPT
Powered by